Joinville’s Brazilian community should have given German companies an advantage for the home team. After all, the small town in the southern state of Santa Catarina has been a major center of German immigration since the mid-1800s; many of the 600,000 residents have some sort of German ancestry, and therefore optimistic German managers might imagine that some form of loyalty to their historic homeland could translate into lucrative deals.

But such a sentiment was not evident at a recent plastics fair organized by Joinville.

Impossible to compete with the Chinese

“I heard from one of our members in the plastics industry that a Chinese competitor was offering its machines without asking for a deposit and with payment in 45 monthly installments at zero interest,” said Thomas Ulbrich, the head of the Sao Paulo office of the German VDMA, an association which represents approximately 3,500 German companies working in the field of mechanical engineering. “Our businesses simply cannot compete with this type of financing.”

As a representative of VDMA in Brazil, Ulbrich noticed the growing influence of Chinese companies in his sector. Companies from Germany and other European countries are struggling to keep up with Chinese companies.

“Chinese banks, which have several branches in Sao Paulo alone, are there mainly to finance projects with Chinese companies,” he said.

The representative of the VDMA in Brazil, Thomas Ulbrich

By the end of November, Beijing will have added another jewel to the crown which is its successful Latin American strategy. That month, he is expected to sign a bilateral free trade agreement with Ecuador, coinciding with the annual China-Latin America-Caribbean trade summit in the Ecuadorian port city of Guayaquil.

Between 2000 and 2020, China has multiplied by 26 its investments in the region. It is now the largest or second largest trading partner in many Latin American countries, replacing the United States or the EU. 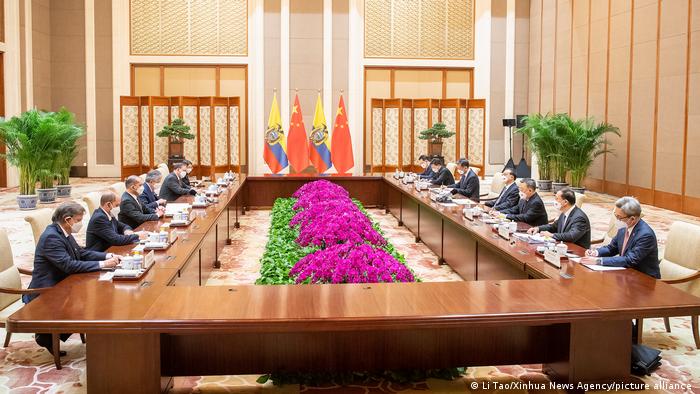 Ecuadorian President Guillermo Lasso was in China earlier this year

A generation of Chinese experts in the region

European diplomat Claudia Gintersdorfer has similar stories to tell of how China has managed to expand its influence across the continent over the past two decades.

Currently head of the Americas division at the European External Action Service – the EU’s diplomatic service – she has lived in Uruguay and Brazil for four years each and has been working in the EU for three years.

“I have always been surprised to see how Chinese ambassadors [in Latin America] spoke Spanish and understood the local mentality well. A whole generation of experts have been called into action,” she said. “In a way, China has taken our place. Also because the [Chinese] Head of State Xi Jinping took the time to phone all the Caribbean islands himself.” 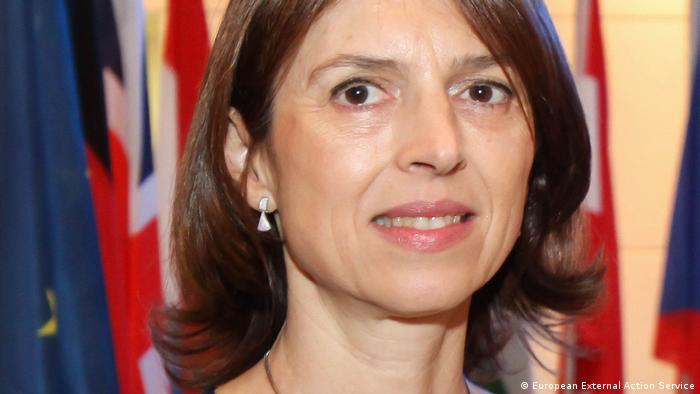 Claudia Gintersdorfer from the EEAS

Part of the reason the Chinese leader did this was to convince Latin American countries of the benefits of China’s infrastructure and international influence project known as the Belt and Road Initiative.

The persuasion worked: 21 of the 33 countries in the region are participating in the initiative, often referred to as the “New Silk Road”.

The EU prepares a charm offensive

With China wielding more and more influence over the world’s most important trade routes, the EU decided it was time to try to counter this development.

The Europeans want to go on the offensive, both diplomatically and economically. From 2021 to 2027, the EU will make around €3.4 billion ($3.38 billion) available to Latin American countries for sustainable and inclusive development. This is expected to gain momentum after a meeting in Buenos Aires in October between foreign ministers from the region and the EU.

However, the bloc has particularly high hopes for the second half of 2023, when Spain, which has stronger relations with Latin American countries than many other EU member states, will hold the rotating presidency of the Council of the European Union.

“We take ourselves for granted,” suggested Gintersdorfer, referring to the EU and Latin America. That means sometimes partners don’t work on the relationship as much as they should, she said. “But we [the EU] are a partner to be taken seriously, and we are also a good third alternative. With us, the region does not have to choose between the United States and China,” she explained.

With its investments, Europe wants to help the countries of the region recover from the pandemic while promoting environmental projects. He also wants to encourage the digital transition in Latin America, for example through the further development of an undersea fiber optic communication cable linking Portugal and Brazil, which was successfully launched in 2021.

“The Baltic States are at the forefront of digital transformation,” Gintersdorfer said. “This time other countries besides Spain, Portugal and Germany should also get involved.” 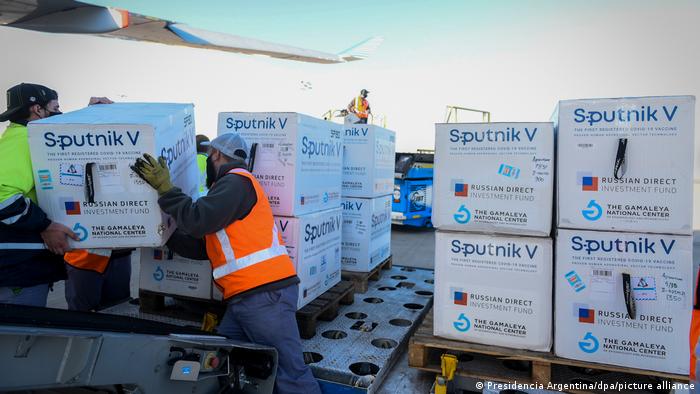 It is about regaining the trust of Latin America, which suffered during the COVID-19 pandemic when countries had to wait a long time to receive deliveries of EU-made vaccines.

Part of the reason is that the COVAX initiative, which aims to move vaccines around the world in a fair and transparent way, hasn’t quite worked out the way EU ministers in Brussels l had hoped. Instead, China and Russia managed to deliver the vaccines faster.

Weakened trust is also why EU diplomat Gintersdorfer had to make a big push to convince Latin American nations to vote with the EU to condemn the Russian invasion of Ukraine at the UN General Assembly. United in March.

Fortunately for Brussels, most of them voted with the EU. Only Bolivia, El Salvador, Nicaragua and Cuba abstained, and Venezuela did not vote because it is still suspended from the UN for non-payment of dues.

The Mercosur trade agreement is a “political signal”

The EU’s current goal is to push back the influence of Russia and China in Latin America while significantly improving political and trade relations.

Perhaps the best proof of this new attitude is the possibility of finalizing a free trade agreement with the states of Mercosur – a customs union covering Argentina, Brazil, Paraguay and Uruguay – after 20 years of negotiations. intermittent. 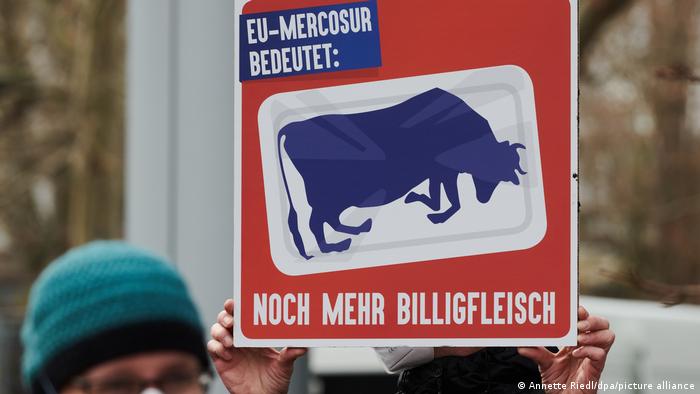 The EU-Mercosur deal could be one of the largest trade agreements in the world, in terms of the populations involved, but there are still a number of hurdles to overcome. In particular, there has been a debate within the EU about the effect it will have on the environment in countries like Brazil.

Brazil holds elections in Octoberand the government could change significantly if current right-wing conservative President Jair Bolsonaro is replaced by former President Luiz Inacio Lula da Silva, a left-wing politician who presents himself as a better partner for the EU.

With a change of government in Brazil, the EU-Mercosur trade deal becomes more likely, Gintersdorfer argued.

“We had a constellation in Latin America that made [the deal] possible, but we Europeans had problems,” she continued. “Many in the EU said that because Bolsonaro was burning the rainforest, we couldn’t sign any deal with him. But such a treaty would not only be about trade, it would also be an important political signal.”

This story was originally published in German.