Israel has sharply reduced the number of “red” countries on its no-fly list from 69 to 15, but key destinations like the United States, Canada and the United Kingdom remain banned. The changes went into effect Tuesday at midnight.

The decision was taken by the so-called coronavirus cabinet in a telephone vote, accepting the recommendations of a health ministry committee and removing 54 countries from the list of destinations deemed “red” and requiring authorization special to fly to or from.

Among the destinations removed from the red list were much of Africa, Belgium, Italy, Ireland, Germany and the Scandinavian countries. They would now be classified as “orange” countries, with a travel warning, but no formal restrictions.

However, the United States, United Kingdom, Canada, France, United Arab Emirates, Switzerland, South Africa, Ethiopia, Tanzania, Nigeria, Hungary, Spain, Portugal and Turkey would remain on the no-go list, along with Mexico, which was added on Tuesday.

The planned changes come after Health Minister Nitzan Horowitz said on Sunday that with the rapid spread of the Omicron strain across the country and causing a new outbreak of COVID-19, Israel would soon remove many restrictions on travel to China. plane to and from the country which were imposed to slow the new arrival of the strain.

By registering, you accept the conditions

There was no indication when or if the government planned to lift the restrictions on the remaining nations.

The cabinet also approved new restrictions on school studies. Primary school children who have a positive classmate test will move on to outdoor or distance learning.

The new regulations come as the Department of Health on Tuesday announced the death of a woman from a suspected infection with Omicron and confirmed more than 600 other cases of the new variant of the coronavirus.

The woman had been vaccinated against COVID-19 and had received a booster, according to a ministry statement.

If verified, the woman would be the first Omicron death recorded in Israel. A death reported to Omicron last week was later clarified as having been caused by the Delta strain of coronavirus.

The health ministry statement said 623 new cases of Omicron were confirmed in the past day, bringing the number of Omicron infections to 1,741 since the variant was first detected in Israel.

According to the ministry, two unvaccinated people were in serious condition from infections at Omicron, one of which was linked to a ventilator.

He said six other people were hospitalized with less severe episodes, four of whom were vaccinated.

More than 1,000 of the confirmed carriers of Omicron came from abroad, the health ministry added. 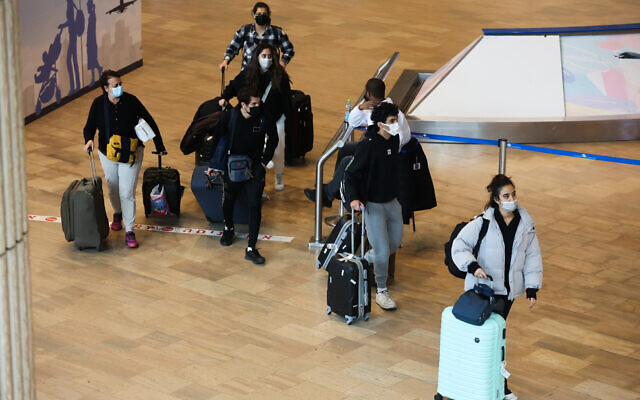 Israel has seen an upsurge in infections since the emergence of Omicron, with new cases of COVID peaking at three months on Monday.

The health ministry said on Tuesday that more than 2,000 additional cases had been confirmed since midnight, pushing active infections to over 16,000. It also reported a further increase in the rate of positive tests, another sign of the spread of the disease. virus was accelerating.

Despite the increase in morbidity figures, there was no peak in hospitalizations and severe cases, which remained stable at 84 on Tuesday evening. The national death toll from the pandemic stood at 8,243.

Earlier on Tuesday, Prime Minister Naftali Bennett announced a change in the quarantine rules for people exposed to a COVID patient, as the spread of Omicron would force more and more Israelis to self-isolate .

Under the new guidelines, fully vaccinated people exposed to a variant of the coronavirus will only be required to quarantine themselves until they test negative from a PCR test. Once released, they will not be allowed into mass events or places with high-risk populations, such as nursing homes, for the next 10 days. Until now, fully vaccinated Israelis did not have to self-quarantine after being exposed to a COVID patient, but did so if he was suspected of being Omicron.

Unvaccinated people will need to be quarantined for seven days with testing on the first and last days. 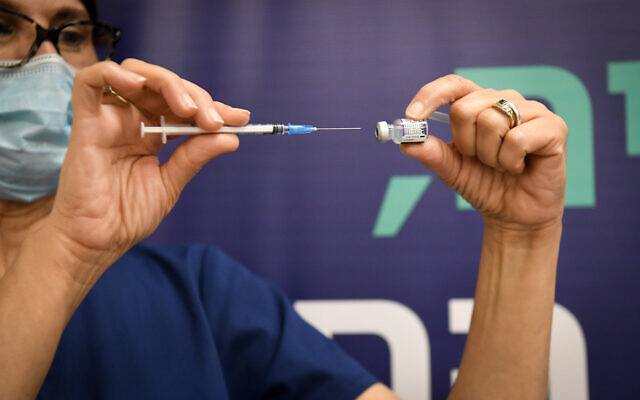 Introducing the new rules, Bennett said without the change Israel would be placed in a “de facto lockdown”.

“We saw what was going on overseas and understood that if we were to stick with what we were doing with regard to the quarantine policyâ€¦ we would have been in a de facto lockdown of 1 to 2 million people.” , he told reporters.

He claimed that the controversial move to curtail travel by preventing Israelis in the country and foreign nationals from visiting bought five weeks of breathing space before the expected Omicron attack, and will allow the economy to continue to buzz.

â€œIt gave us an advantage over other countries, which are fighting Omicron and Delta at the same time. The alternative was to act like the Netherlands, with full lockdown, â€Bennett said.

Despite the fact that he himself wrote a book called “How to Beat a Pandemic” while in opposition last year, sources close to the Prime Minister said there was ” no guide “on the management of COVID, defending its management of the crisis.

They said he would rather receive criticism for being too aggressive in tackling the pandemic than risk public health.

â€œOur goal is to keep the economy open, markets open and stores open as much as possible, while not stretching hospitals beyond capacity. If we wanted to, we could have locked, but nobody wants to achieve a de facto lock by calling it another name, â€Bennett said. 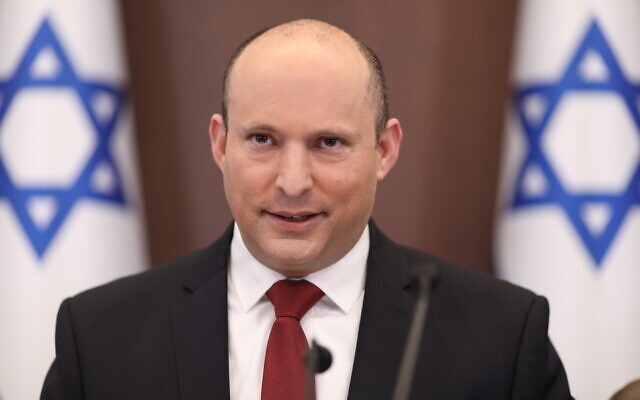 He also confirmed that Israel is expected to receive a first shipment of Pfizer’s first approved anti-COVID drug on Wednesday, which Bennett says will make it the first country outside the United States to benefit from the therapy.

The health ministry on Sunday granted emergency approval for the oral antiviral pill Paxlovid, which has shown an almost 90% reduction in hospitalizations and deaths in patients most likely to suffer from serious illness.

Laboratory tests have shown it to be very effective against Omicron.