Albufeira is one of the most popular tourist towns in the Algarve. However, in such a beautiful place, there are also people who live without basic living conditions. To support the homeless, there is an association on the ground made up of caring people who really want to help others – without judgement. Its name is CASA (Centro de Apoio ao Sem-Abrigo – Support Center for the Homeless) and it was born 10 years ago in Albufeira.

When he arrived at the regional office in Albufeira, there was a small shop where CASA sold clothes and other products. Cátia Pereira, one of the coordinators, first explained that “those who can pay, we charge a small amount to help the association, but those who cannot, can just take it for free. We are here to help “.

The regional office in Albufeira is one of ten in the country providing this wonderful support to those hitting rock bottom and has already created an emergency shelter that has given some 50 people a home since 2020 – that’s a success.

Sónia Pinto, one of the volunteers and coordinators, with whom I had the pleasure of speaking, was present from the first day. She has been part of the association since the day they started working in Albufeira, and although she is a full-time teacher, she remains completely dedicated to the cause.

More people living on the streets

Despite CASA’s efforts, the number of people living on the streets has increased. “In terms of homelessness, it has increased a lot, but the homeless population is also different. When I started here at the institution, the homeless people were more aggressive,” Sónia added.

When I asked them how they had gained the trust of the community, she replied that it was not automatic: “By serving meals, we started to gain people’s trust. This population began to understand that we were there for them. don’t point fingers, we’re here to help. We sit on the ground with them, we eat with them, we drink coffee and tea with them. There is no room for discrimination here.”

They serve around 30 to 40 meals a day and can go up to 50 in the winter. In addition, they support 70 needy families. “Food is the first step – it’s the most basic of basic needs,” Cátia said.

However, they go even further. For the homeless people they support, they help them build a life project in order to get them off the streets and rebuild a new life: find out their preferences, make a CV, find a job, look for accommodation, etc 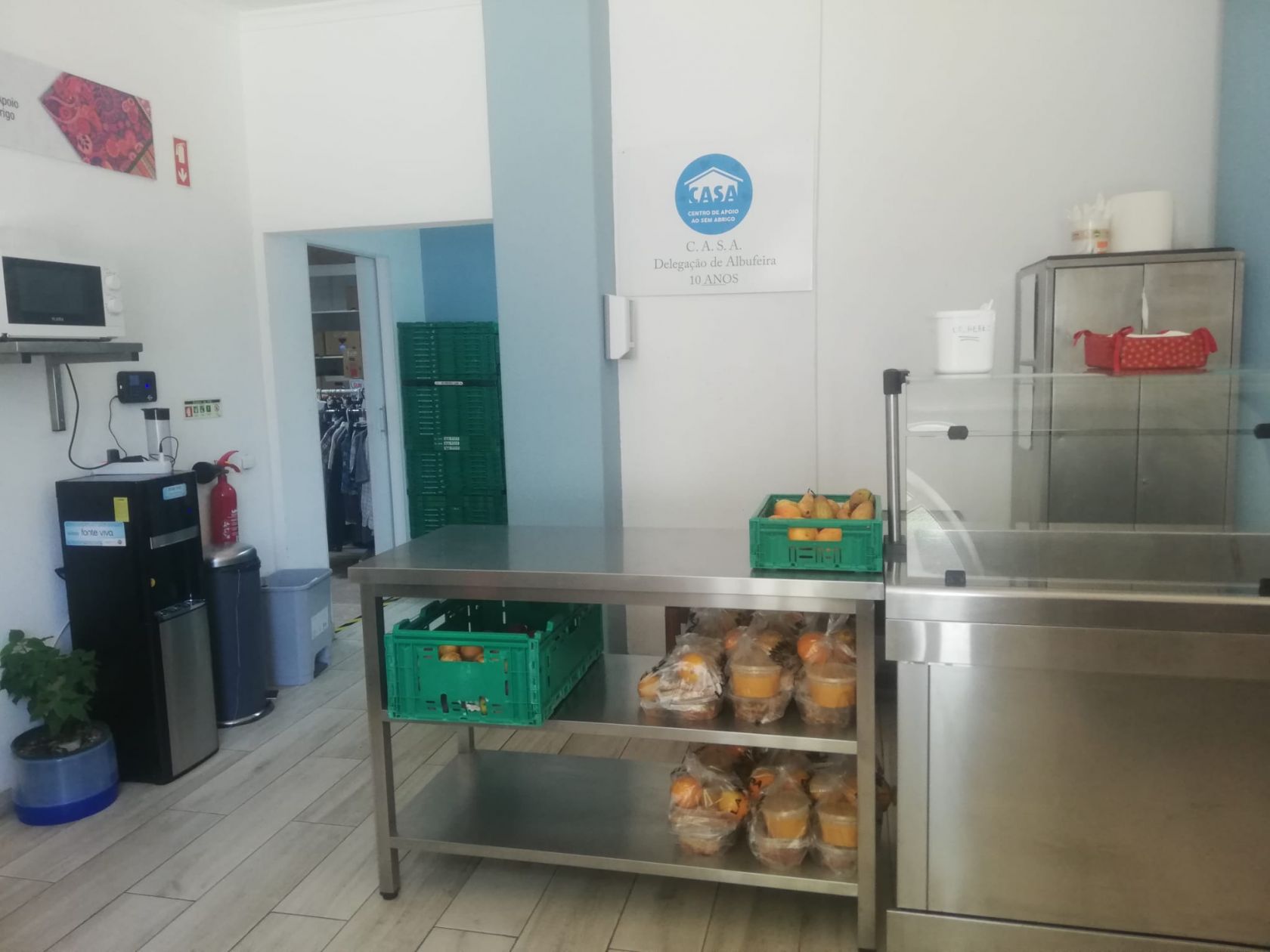 In 2020, at the start of the pandemic, Albufeira Council and CASA in Albufeira did the impossible. In about two weeks, they created the CATE (Centre d’Accueil Temporaire d’Urgence), where more than 20 people have already had the opportunity to start a new life with all the necessary support.

“While the government declared a ‘state of emergency’ in the country and told people to protect themselves and stay at home, the homeless had no homes. I met the team and we decided that we had to find a solution for these people”. and we were lucky. In fact, I think luck is the watchword in this institution,” Sónia told me.

She added: “At the time, we had a volunteer working in a hostel, and they rented the hostel to us, run by us and paid for by the Albufeira council. And that was in just 20 days, in the middle of the pandemic, that “we managed to open an emergency shelter – it was a very decisive moment! Looking back it seems easy, but those were very difficult days. I remember the first people who came to the shelter. They were scared, but in their eyes you could see gratitude.”

Two years have passed and what was temporary has become almost permanent for many. Many people have managed to regain control of their lives and find work, housing or a return to their families, but many are in limbo: too old to work, but too young to retire.

“We have a capacity of 15 people in the shelter and we have a waiting list of three people. Initially it was agreed that the maximum stay would be six months, but there is no answer here. a nursing home, but they are too old to work,” she said.

To realize this dream, in Albufeira alone, CASA has more than 20 volunteers and 16 people working full time in the association. Just for the shelter, which is open 24 hours a day, they need a lot of people to fill all the shifts. 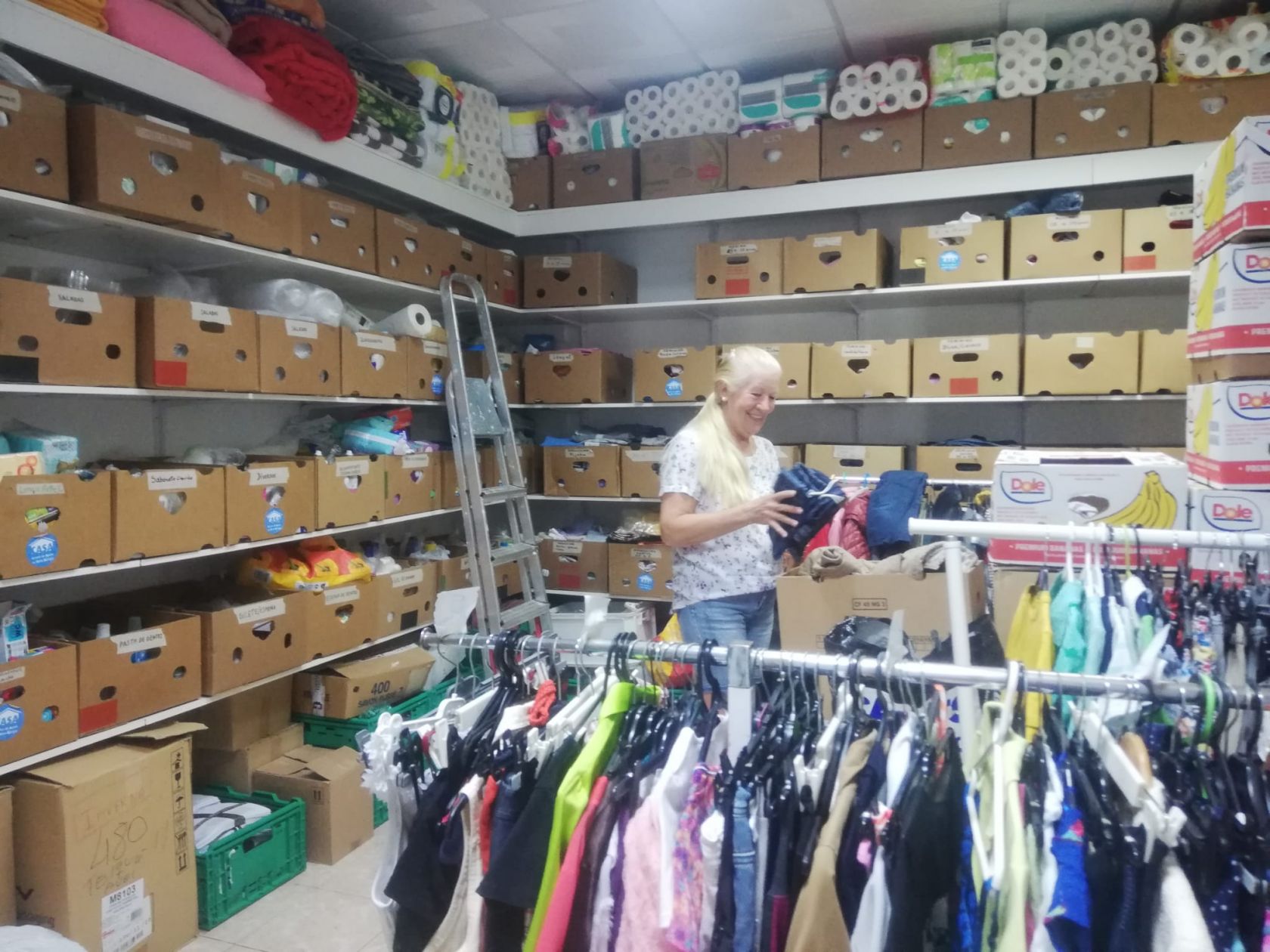 However, the money remains the most difficult part. In reality, it is a charity, so they do not generate any profit, but they have many expenses. So managing all this is not easy.

Basically, all they get is funding. They proudly showed me a van that they go out on the streets with and offer various types of support like mental health support. “We have a mobile unit also thanks to funding,” they said.

To get money, they make several requests for funds, but “we always think, when the funding ends, what are we going to do next? For example, we will finish in December and what what we do next is a constant puzzle,” Cátia stressed.

How can we help?

According to the National Strategy for the Integration of the Homeless (ENIPSSA), in Portugal more than 8,200 people live on the streets.

“People can help by volunteering, donating food, clothes and money. Most people don’t really like giving money.” But an association also needs money. “We pay for the medicine and accompany them to the doctor when they need it.”

In terms of clothes, I was told that men’s clothes are most needed because there are more homeless men than women and since they can’t wash their clothes, they don’t last long.